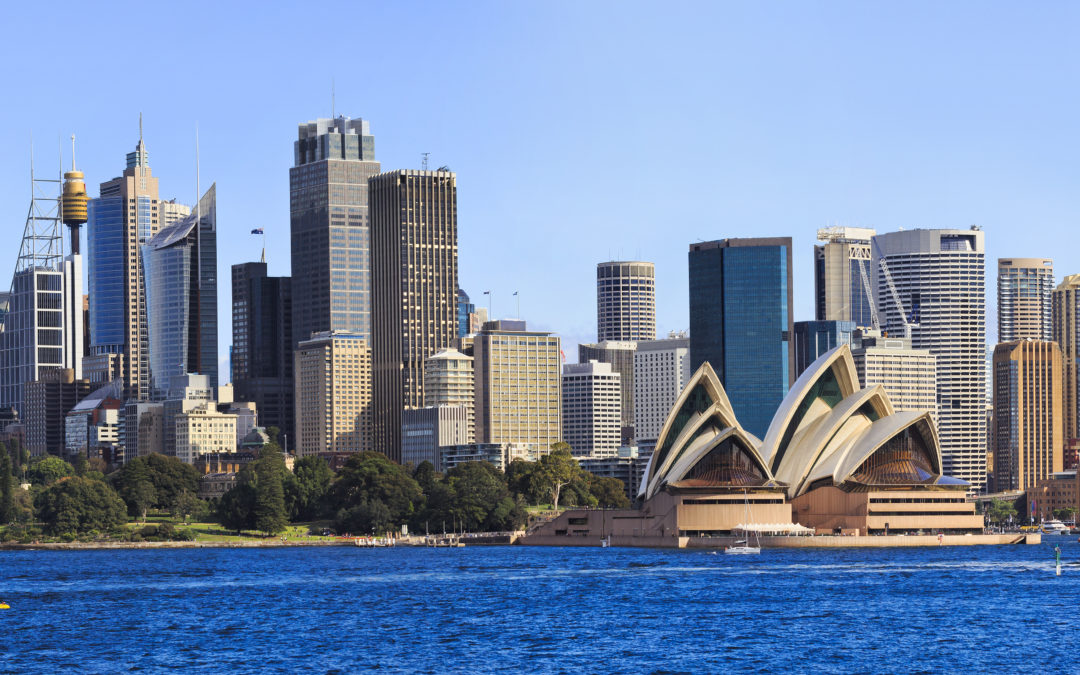 We’re going down… under that is! Sydney, the capital of Australia, is a veritable cornucopia of delights that will intrigue all 5 senses.  From the harbor, featuring the iconic Sydney Opera House to the top of Chifley Tower, there are hundreds of things to do, see and eat in this burgeoning metropolis.

Sydney has a rich history going back centuries.  Indigenous Australians have inhabited the area for at least 30,000 years, and thousands of engravings remain throughout the region, making it one of the richest in Australia in terms of Aboriginal archaeological sites. Many of these sites are open to the public and artifacts can be found in museums all over Australia.

The British formed a penal colony in Sydney the 1700s but ceased penal shipments to the continent in 1842.  From there a gold rush ensued (1851) and over the next century, Sydney transformed from a colonial outpost into a major global cultural and economic center.

What do we love about Sydney? First, the weather is the opposite of ours here in the northern hemisphere. This makes for a great vacation during the months of November through February. Second, it is in close proximity to Australia’s wine country with tours and tastings of world renown vintages at your fingertips. Third, the abundance and freshness of the seafood is enough to excite the tastebuds of almost any foodie. Finally, the sheer abundance of indoor and outdoor activities and historical sites ensures that your vacation can be as intense or laid back as you’d like.