Alux, oh how I wanted to love you! 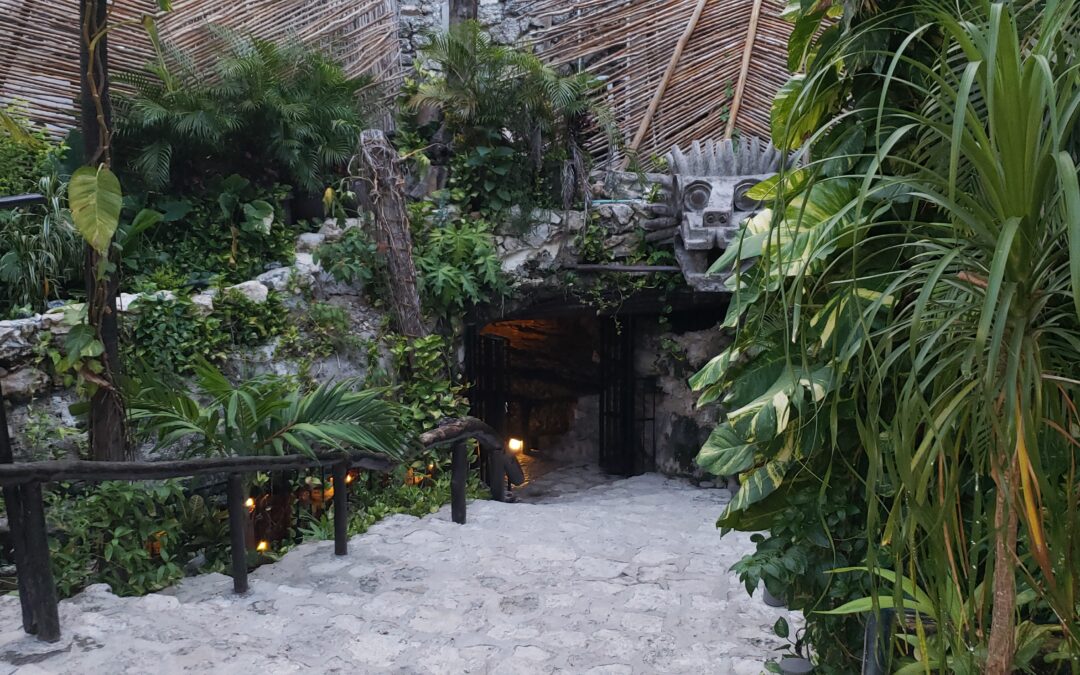 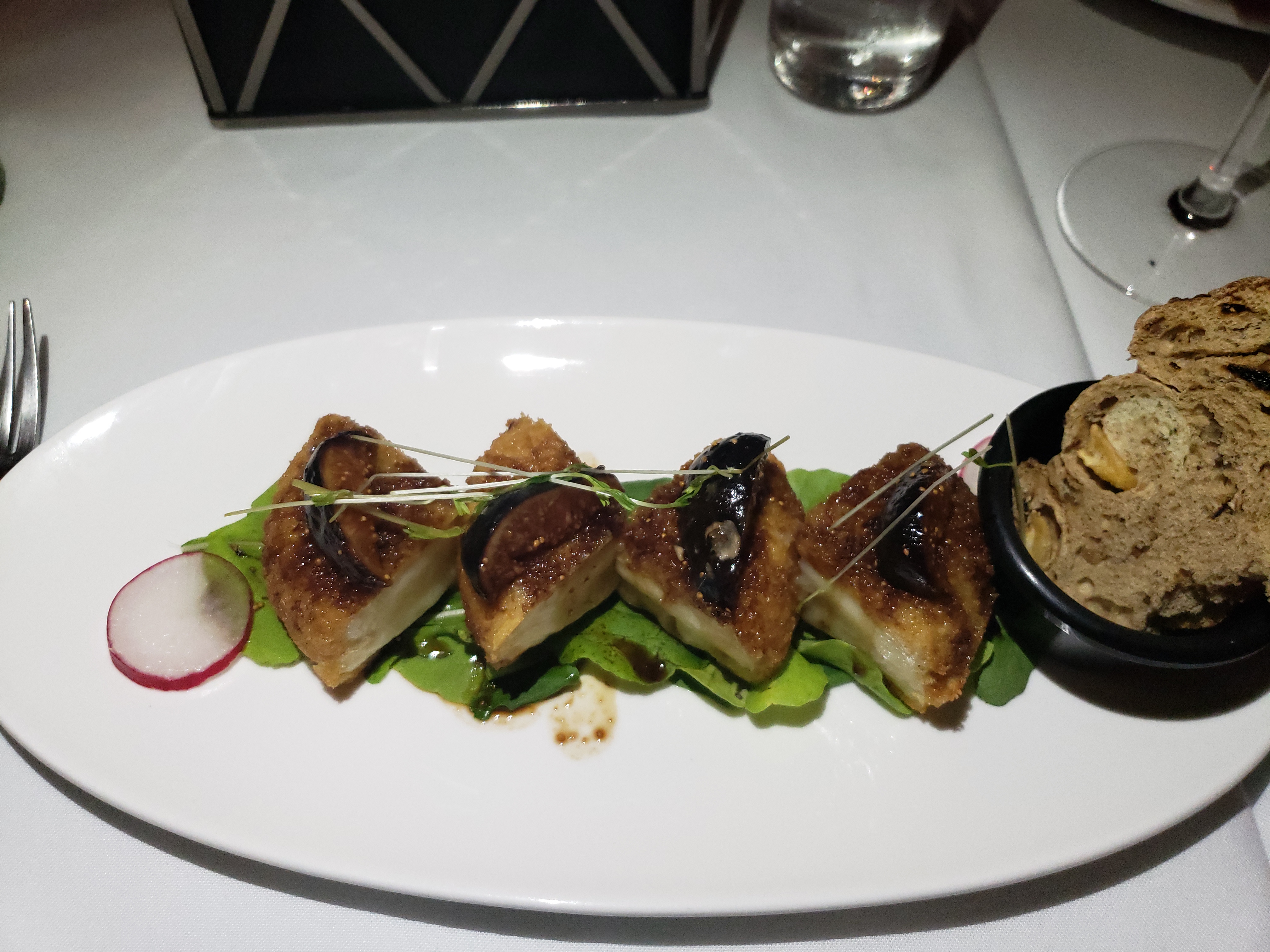 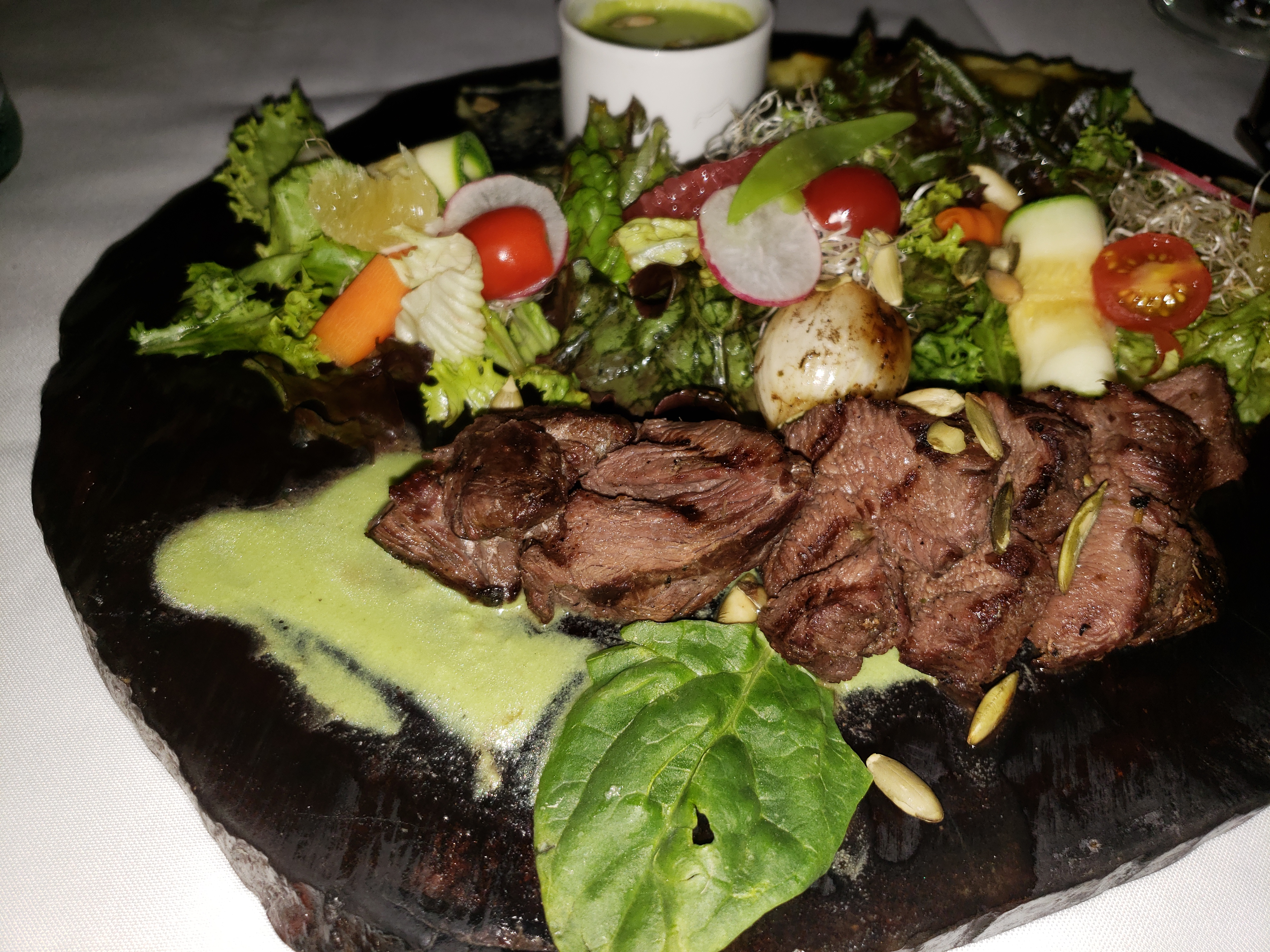 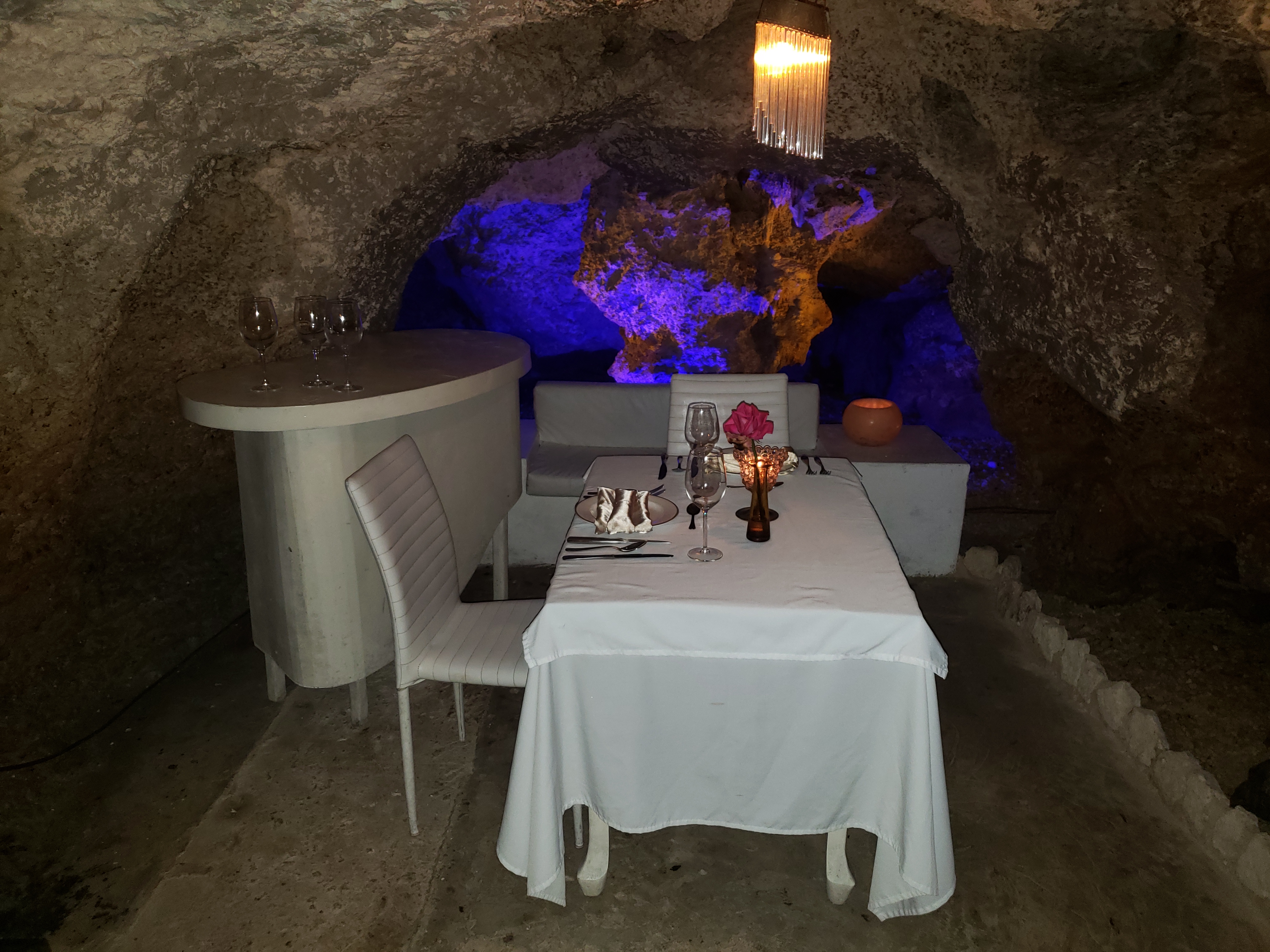 Alux has been on my radar since before I moved to Playa Del Carmen.  Therefore, I was uber excited when a group of girlfriends and I decided to go one night for dinner.  When we arrived, we found that the establishment is not in the best of neighborhoods but hell, I’ve been in much worse.  The entrance to Alux is tropical and lush as you descend the beautifully lit stairs into a cave.  That’s right, Alux is a restaurant housed in what used to be an underground river.  Known as a cenote here in Mexico, this one had dried up (well, about 90%) and is now the home to one of Playa Del Carmen’s best restaurants… at least that’s what I had heard.

Upon being seated I could hardly contain my excitement, I was finally here.  I ordered a glass of white wine and the brie with figs as an appetizer. That’s when the bubble burst. It’s pretty hard to mess up baked brie – I mean you bake it and put it on a plate, put some figs on top and attempt some semblance of presentation.  This was the most tasteless brie I’ve ever had and was devoid of the balsamic reduction displayed on the menu.  The figs were mealy and not sweet as figs with brie often are. This was a huge disappointment.

Screwing my courage to the sticking place, I ordered the smoked venison as an entrée.  The presentation was stunning – served on a round piece of dark wood that made the colors of the dish and vegetables pop, even in the colorfully lit cave.  While the venison had a great smokiness and was moist, it was also very tough.  The accompanying salad and dressing were lackluster and tasteless. I requested extra salad dressing and when that didn’t work, hot sauce to the rescue.  The intrusion of actors dressed as Mayan warriors asking if we wanted to take pictures with them for a fee did not help the situation.

The shining star of the evening was dessert.  The crème brulee was perfect!

One of my dining companions ordered the salmon and found it to be moist while fully cooked and had some flavor.  Another had the King Crab Trilogy only to find that it was a large flour tortilla filled with vegetables and very little crab meat.

In conclusion, the food at Alux needs some inspiration and flavor.  If you’re looking to dine in a unique space and check it off your bucket list, by all means, go.  I suggest a reworking of the menu.  There are some great concepts there that are only half baked.  For instance, a smoky Mezcal reduction with the smoked venison would punch it up a notch.  Add some acid to the salad dressing by incorporating the green oranges that are so plentiful in this area.  These steps would not only wake up the flavors in the dishes, they would also preserve the integrity of ‘keeping it Mayan’. But what do I know?  I’m just a passing foodie.